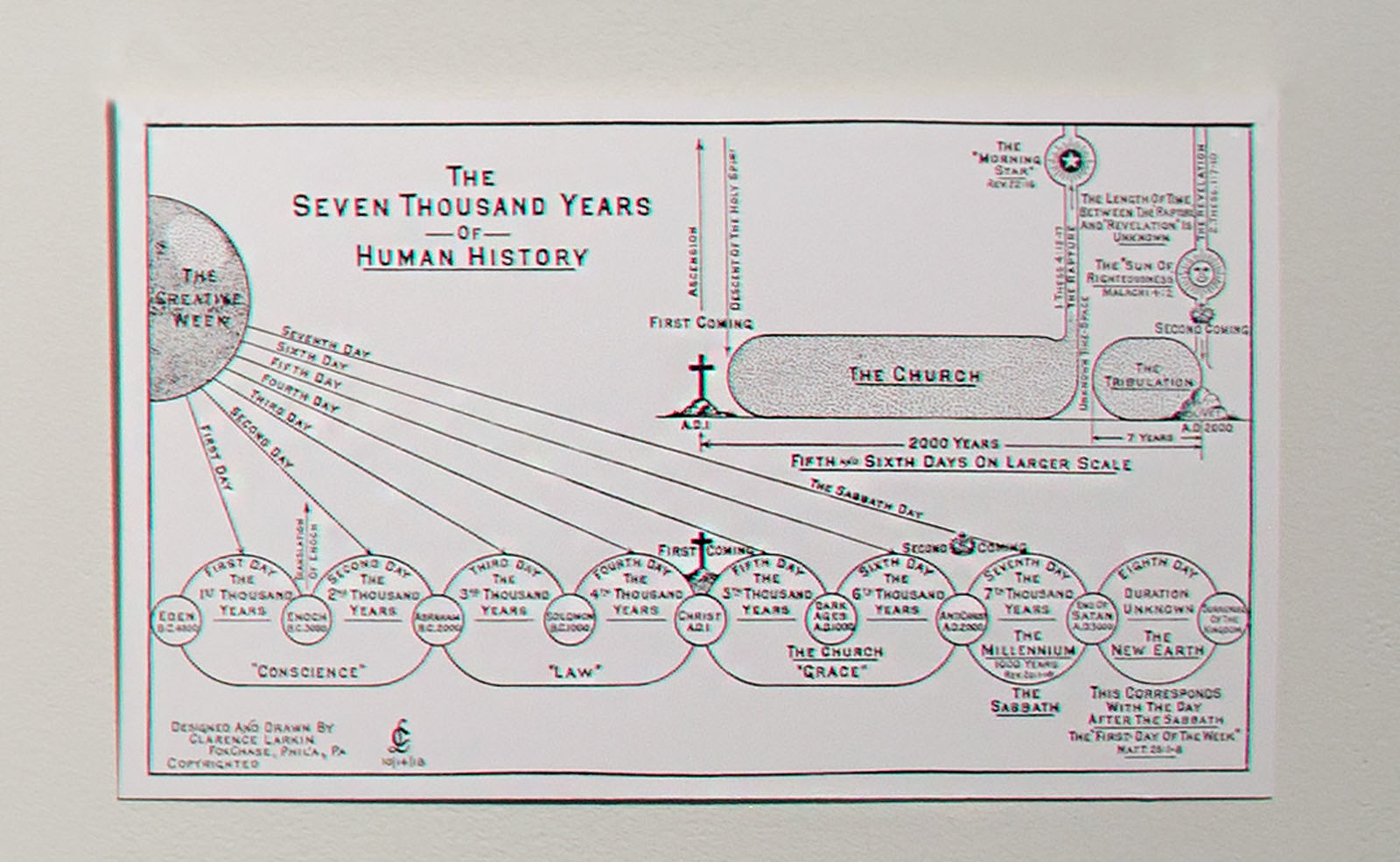 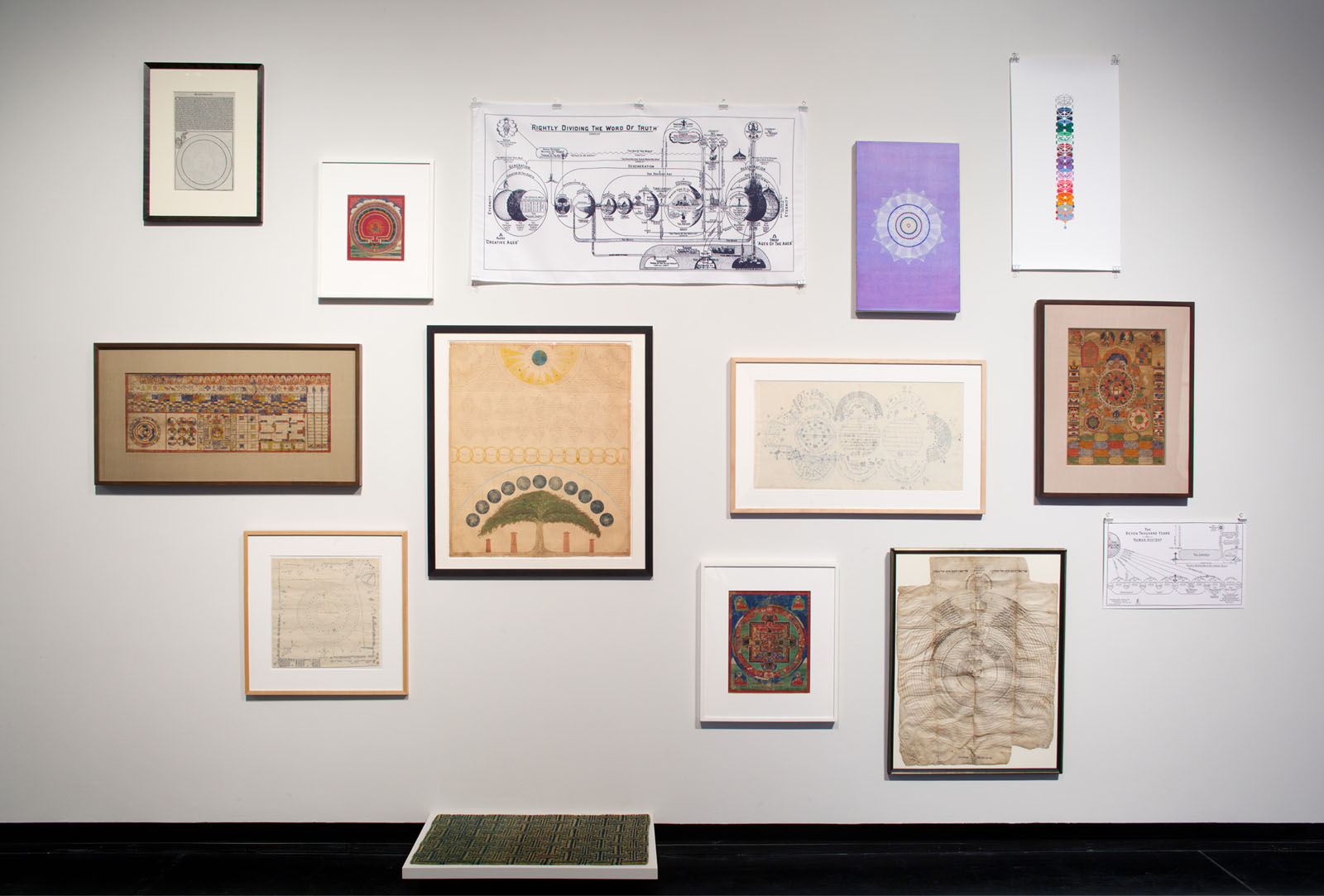 Some cosmograms attend not to space, but to the shape of time instead. as seen with Dispensational, or End-Time, charts. This tradition began with large banners, unfurled at 19th century revival meetings as preaching aids, illustrating and explicating apocalyptic imagery from the books of Daniel and Revelation. 20th century versions became panoramic, stretching from Creation through the grand sweep of scriptural history and on to the eagerly anticipated Second Coming of Christ, when justice will reign and Creation will be renewed. Whether these timelines are unadorned or lavishly illustrated, the messiness of history becomes clarified, tidily arranged into a seven-fold program. In scripture, seven signifies completeness. Numbers help to establish pattern, with God’s plan achieved through the fullness of time. The notion that the story of the world divides into pre-ordained eras, referred to as “dispensations,” extends back to ancient Jewish writings. Modern Christians revived the idea, adding a new twist by asserting that true Christians will be “raptured,” called up to Heaven, before the cataclysmic Tribulations described in Revelation commence. This innovative scenario of raptured believers was expounded in the 1820s by John Nelson Darby, from whose writings Dispensationalism spread through the English-speaking world. In the United States, the Rapture was popularized by the Scofield Reference Bible, first published in 1909. Not long after, Dispensationalism found graphic expression in the works of Clarence Larkin, who had a lasting impact on Protestant visual culture. Reproductions of Larkin’s charts, like the ones included here, continue to be used by churches today.