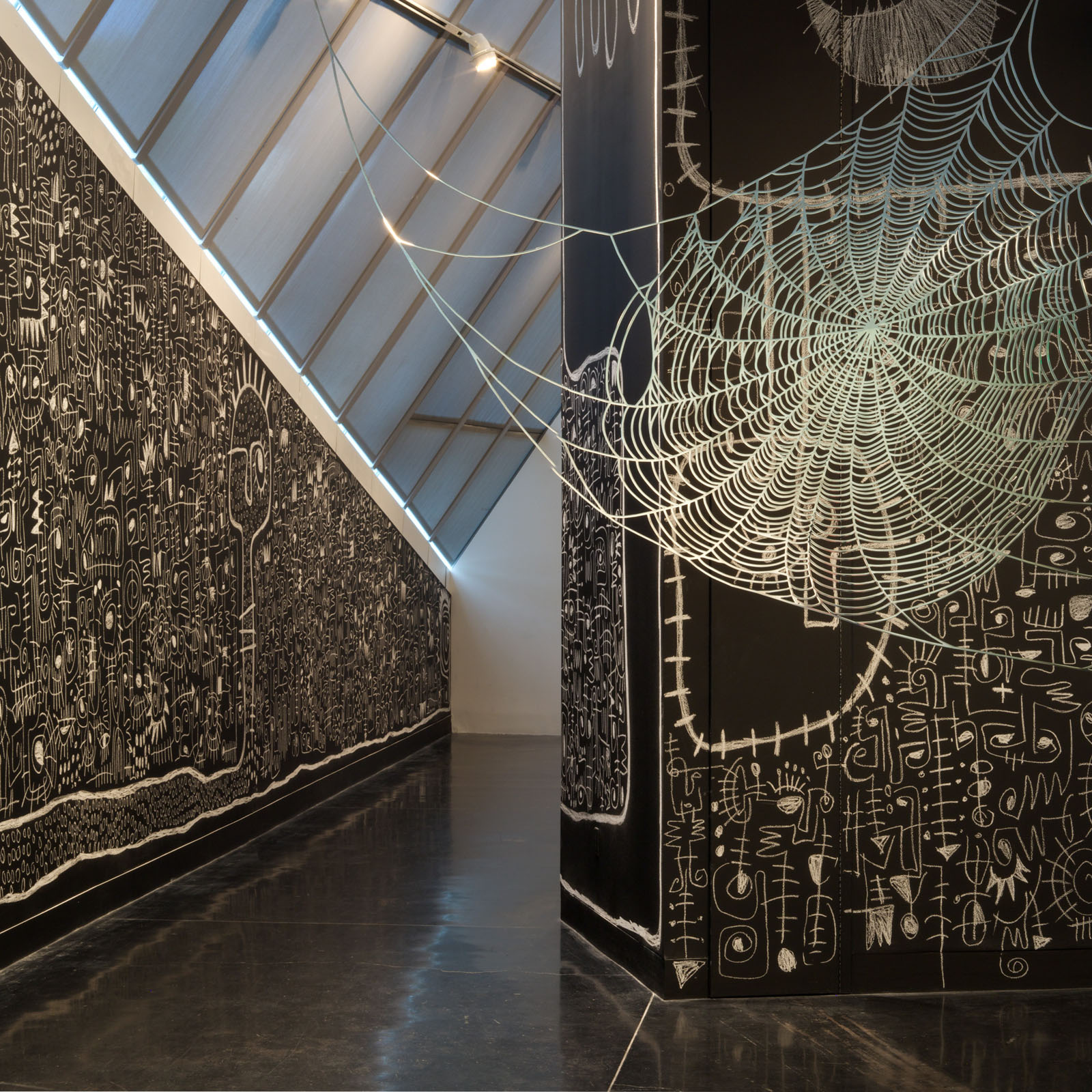 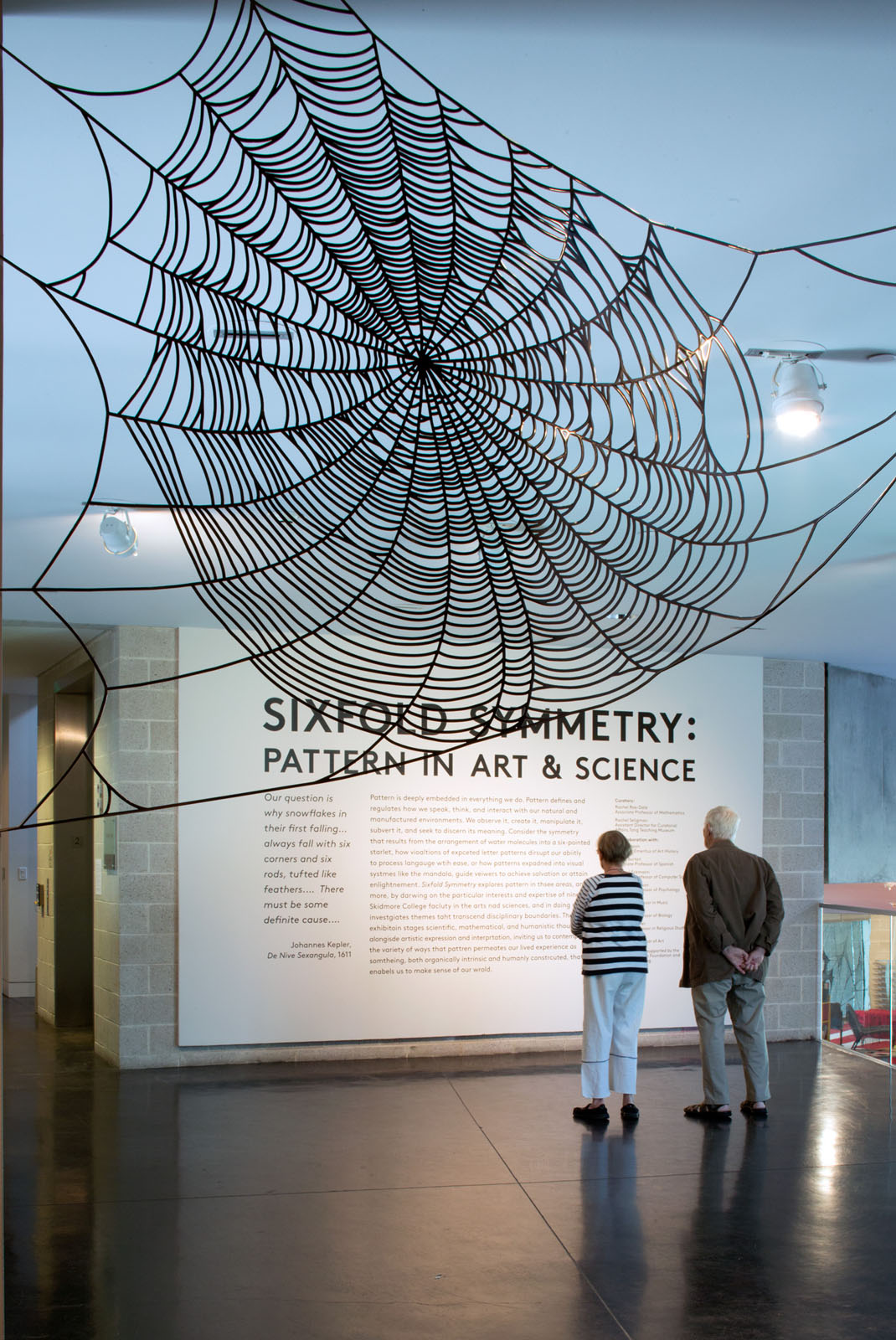 Orb weaver spiders construct wheel-shaped webs in gardens, fields, and forests. These two-dimensional silk structures, roughly circular in shape, have a series of radii arranged like spokes from a central hub, forming a framework for the spiral of sticky silk used to trap prey. Both the web’s material, tougher than Kevlar, and design contribute to its remarkable ability to stop high-speed flying insects without breaking. Dean Snyder’s web, based on nocturnal photographs of orb weaver webs he took in Hawaii, is a drawing in space, with the deceptively fragile-looking silk translated into highly polished steel. Though the scale shifts in Arachna’s Arcade, the steel makes the web appear almost photographic, transposing the garden into the gallery.

Born in Philadelphia, Dean Snyder (b. 1953) lives and works in Providence, Rhode Island where he teaches at the Rhode Island School of Design (RISD). He received his BFA in photography and sculpture at the Kansas City Art Institute in 1974. In 1975, he received a British Arts Council Fellowship to continue his postgraduate work in sculpture at the Lanchester Polytechnic (now Coventry University) in the United Kingdom. He completed his MFA in sculpture in 1978 at the School of the Art Institute of Chicago. Snyder’s has previously been featured in a solo exhibition at the Tang Teaching Museum and his work now resides in the museum’s permanent collection. He has been exhibited nationally in both group and solo shows, most notably at the American Academy of Arts and Letters in New York City and at The DeCordova Museum in Lincoln, Massachusetts. Snyder’s work has been widely collected and his artwork can be found in the collections of Fidelity Investments, The Museum of Art at RISD, the Smart Museum of Art at the University of Chicago, Albany International Airport, and by the city of Beijing. Snyder has also been the recipient of the John Simon Guggenheim Memorial Foundation Fellowship in Fine Arts, Louis Comfort Tiffany Foundation Fellowship and the Siena Art Institute Residency in Siena, Italy.
View Website