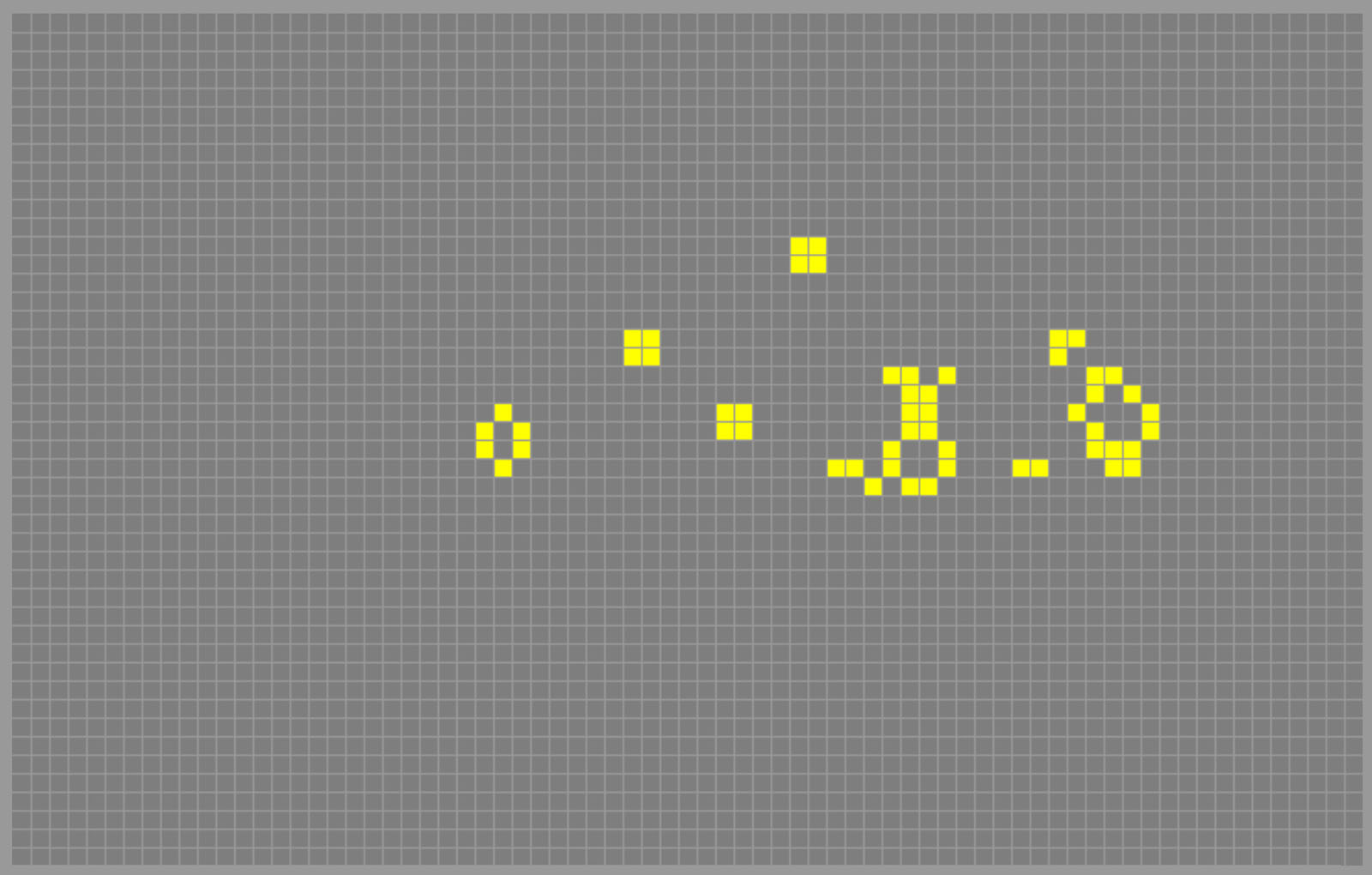 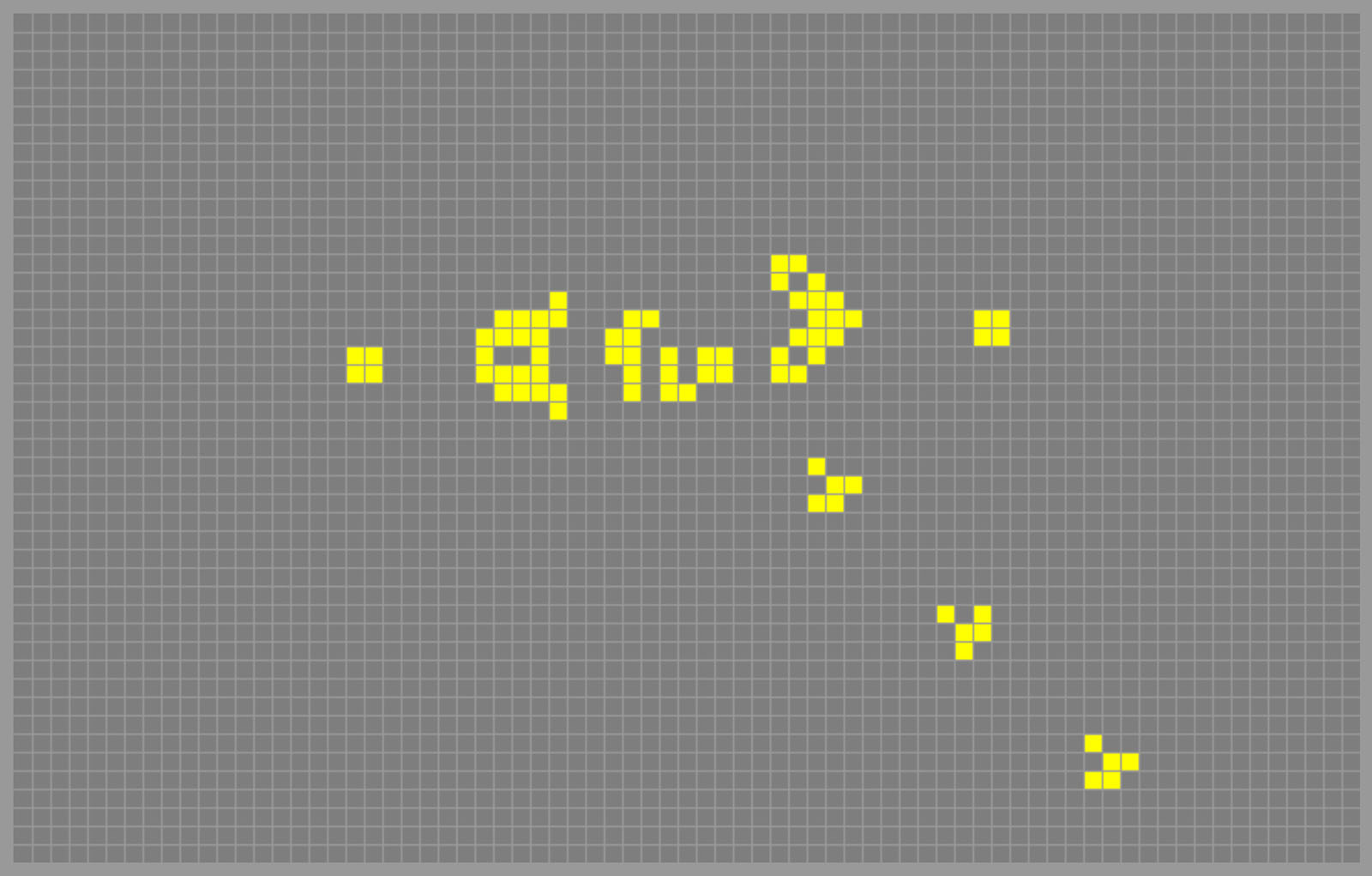 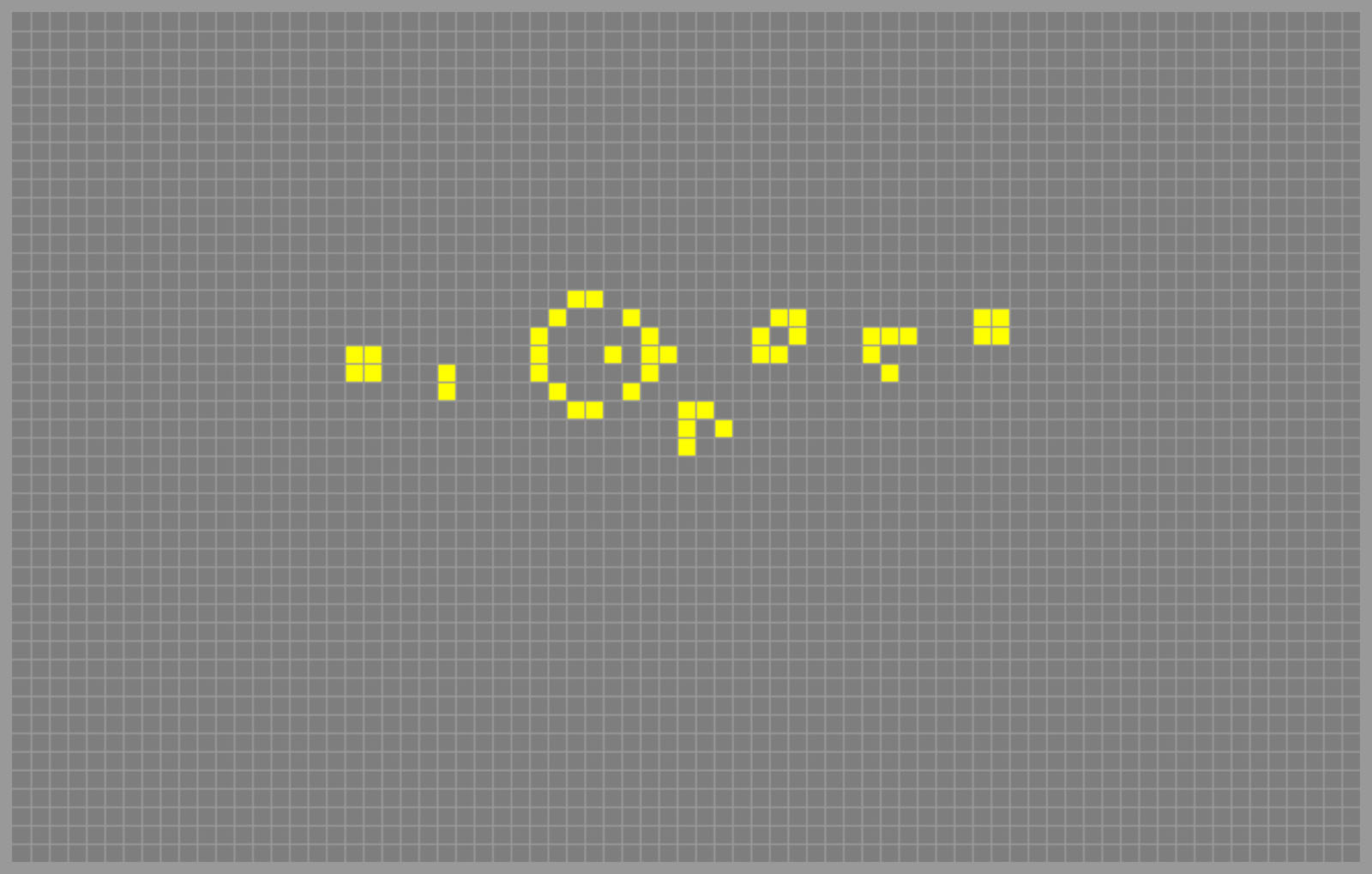 British mathematician John Conway developed the Game of Life in 1970. It isn’t really a game at all, but an example of a cellular automaton, a grid of cells that evolve in time according to an algorithm, or ordered sequence of well-defined steps. Studied in computability theory, cellular automata are often used to model complex living systems such as populations. This display presents Conway’s Game of Life as a computer program using a deterministic algorithm to govern the system’s evolution. With a deterministic algorithm, the future state of the system is entirely predictable based on the previous state. There is no role for chance. In the Game of Life the cellular automaton consists of square cells, each of which can exist in one of two states: alive or dead. Every cell interacts with its eight neighbors, the cells horizontally, vertically, or diagonally adjacent, and each cell evolves according to the following algorithm, in which each step occurs simultaneously.

The initial pattern of living and dead cells constitutes the seed or initial condition of the system. The algorithm, defined above, is then iterated for each discrete time step, thus creating future generations of cells and resulting in various patterns of population. Possible population outcomes that can emerge include extinction, stability, and overpopulation.

John Conway (b. 1937) was born in Liverpool, England and is best known for creating the computer program, the Game of Life, in 1970. The game is a cellular automation, zero-player game: meaning that after the initial set up, the “player” watches as the game evolves. “[The game] consists of a collection of cells which, based on a few mathematical rules, can live, die or multiply. Depending on the initial conditions, the cells form various patterns throughout the course of the game.” He has also made major contributions to the fields of combinational game theory, geometry, group theory, number theory, algebra, algorithmics, and theoretical physics. Conway’s numerous prizes including being the first recipient of the Pólya Prize in 1987 and he received the Berwick Prize, both from the London Mathematical Society. He was elected a Fellow of the Royal Society in London for his substantial improvement of natural knowledge to the field of Mathematics, and he received the Nemmers prize in Mathematics from Northwestern University in Evanston, Illinois. He is currently a professor of Mathematics at Princeton University in New Jersey.
View Website