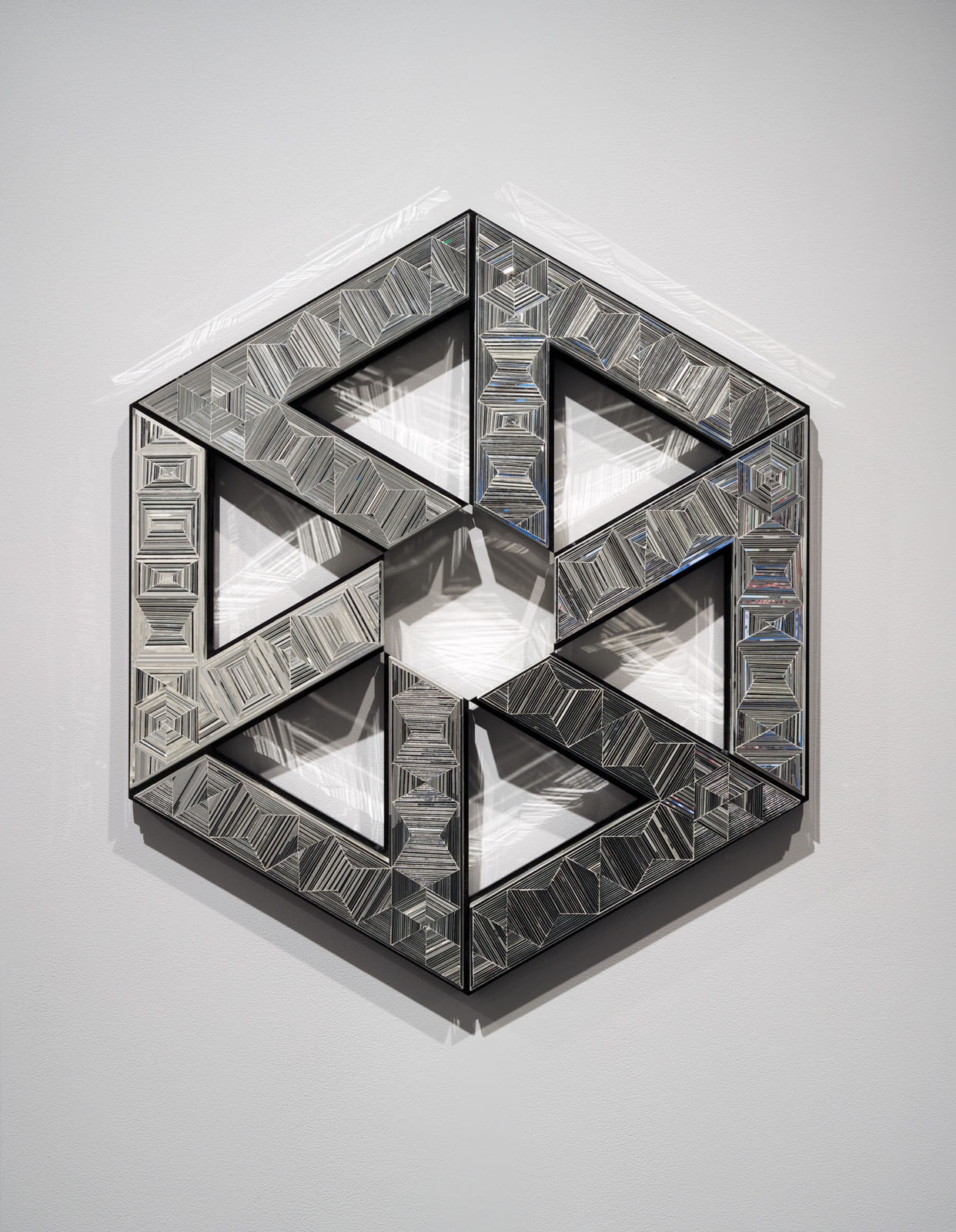 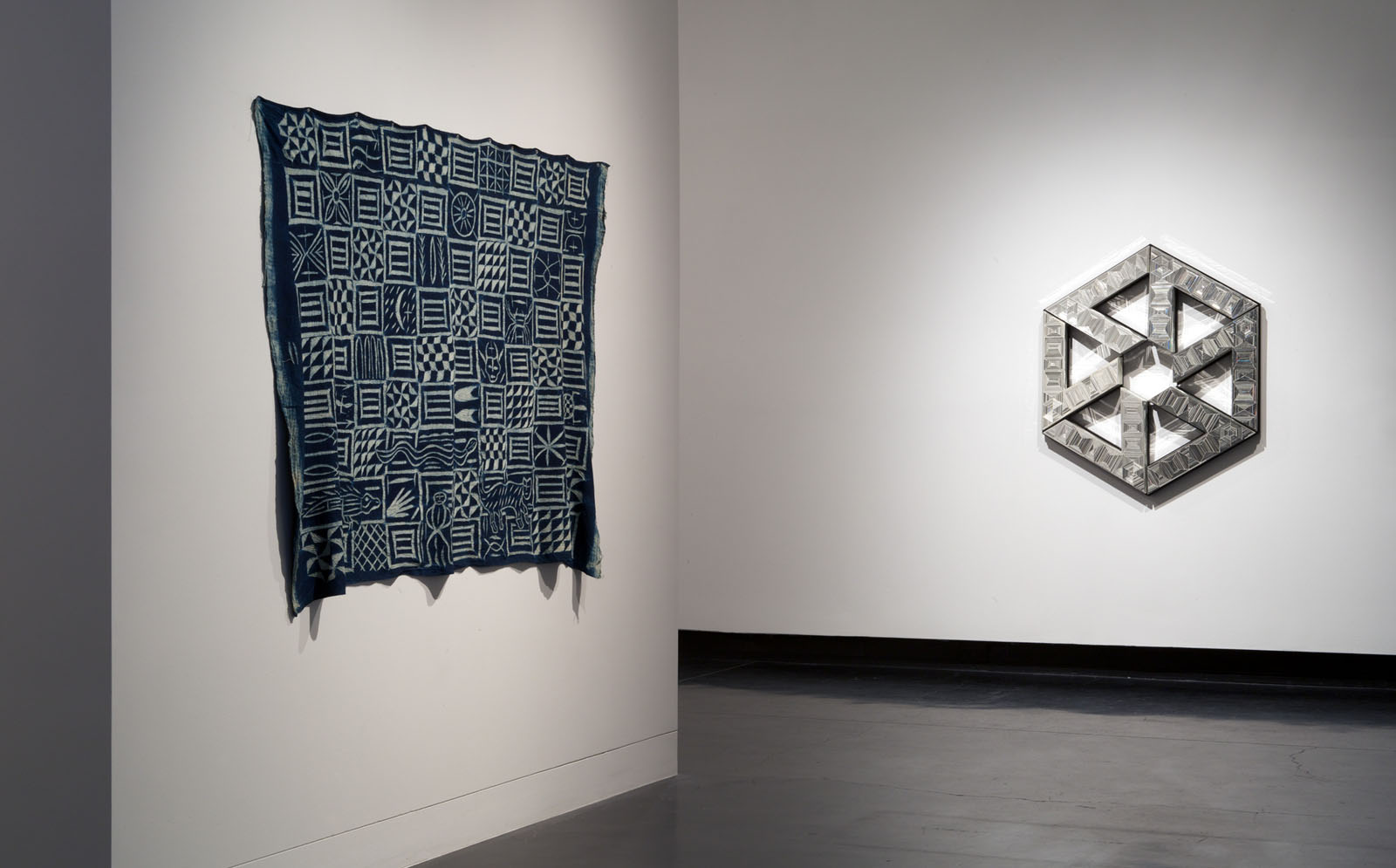 First Family—Hexagon, 2010,  Monir Farmanfarmaian,  Mirror and plaster on acrylic and wood, Courtesy of the artist and Haines Gallery, San Francisco

Monir Farmanfarmaian grew up in Iran but has also lived for long periods in the United States. Her work synthesizes sources from Persian history and artistic traditions as well as western geometrical abstraction. Farmanfarmaian credits a 1966 visit to the fourteenth century Shrine of Shah Cheragh — its high domed ceilings entirely blanketed with thousands of mirrored mosaics — with inspiring her mirrored sculpture practice. The precise calculation and geometry of those mosaics is closely tied to Sufism — the mystical aspect of Islam — and sacred numerology. The hexagon in particular is a powerful shape in Sufism, as she explains: “The six sides of the hexagon are the directions, forward, backward, right, left, up, down. The hexagon also reflects the six virtues: generosity, self-discipline, patience, determination, insight, and compassion. All the mosques in Iran, with all the flowers and the leaves and curves and so on, are based on hexagons. For me everything connects with the hexagon.” Farmanfarmaian’s art making expresses rule-based, or algorithmic, and recursive qualities, in part derived from Islamic tradition. “All Islamic geometric patterns get locked into one another through nodes or gereh, and the one form which is most easily connectable to all others is the hexagon.” Farmanfarmaian creates groups or “families” of sculptures, based on the division of a circle into equal arcs: the triangle, square, pentagon, hexagon, heptagon, octagon, nonagon, and decagon. Each shape has a First Family, a Second Family, and so on, with each successive family evolving further from a two- into a three-dimensional form. Further, the surface of First Family — Hexagon is filled with repeated triangles, rectangles, and hexagons.

Monir Farmanfarmaian (b. 1924) was born in Qazvin, Iran and continues to live and work in Tehran. Throughout her long career she has had an extensive exhibition history in the United States, including at the Museum of Modern Art in New York City; her work has also been shown widely throughout Europe, the Middle East, and Asia. She participated in the 29th Bienal de São Paulo in Brazil and the 6th Asia Pacific Triennial of Contemporary Art in Queensland, Australia. She has been featured three times at the Venice Biennale (1958, 1966 and 2009), and in 1958 she received the Venice Biennale Iranian Pavilion gold medal for solo exhibition. In 2015, Farmanfarmaian had her first major career retrospective in the United States at the Solomon R. Guggenheim Museum in New York City.
View Website