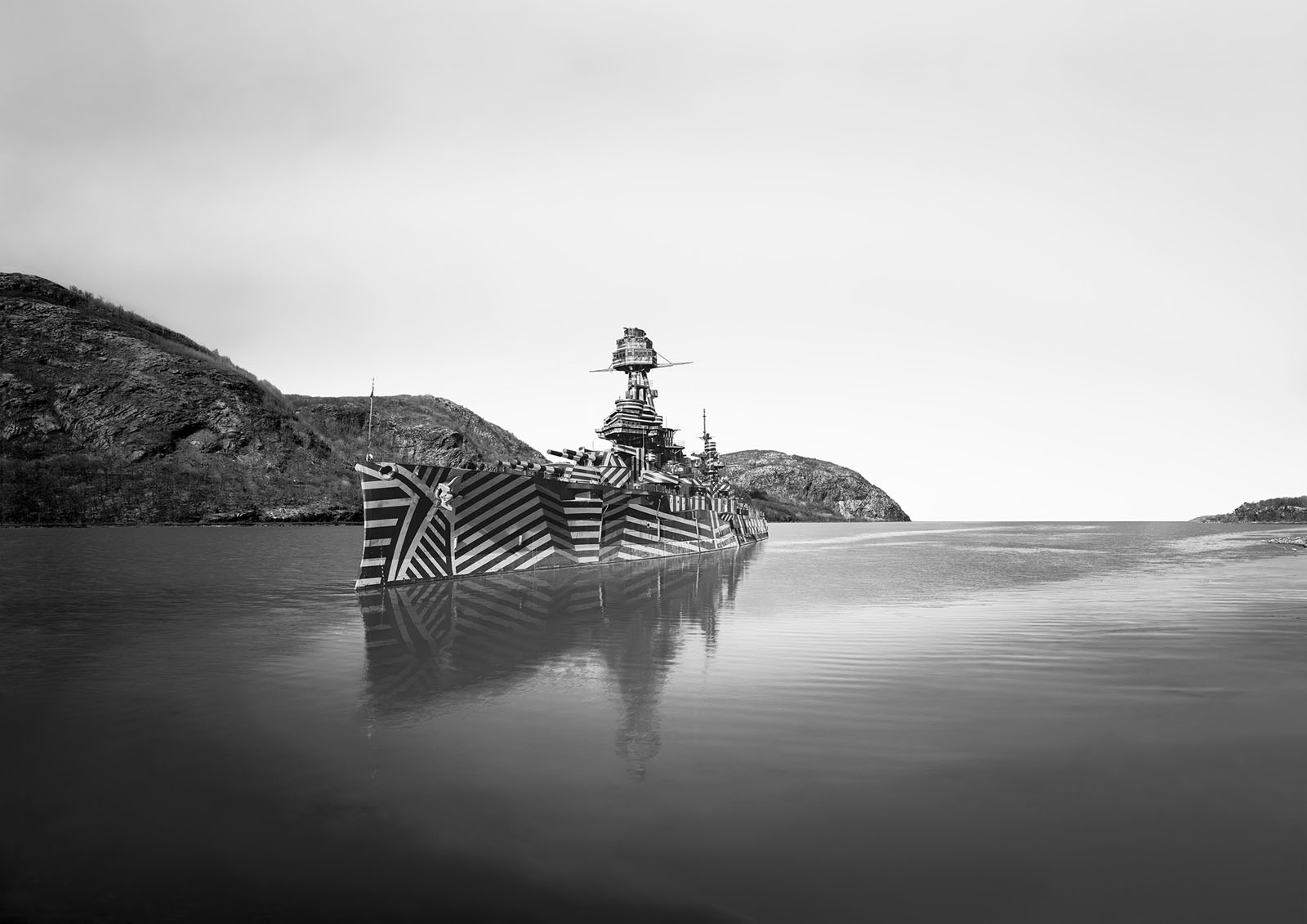 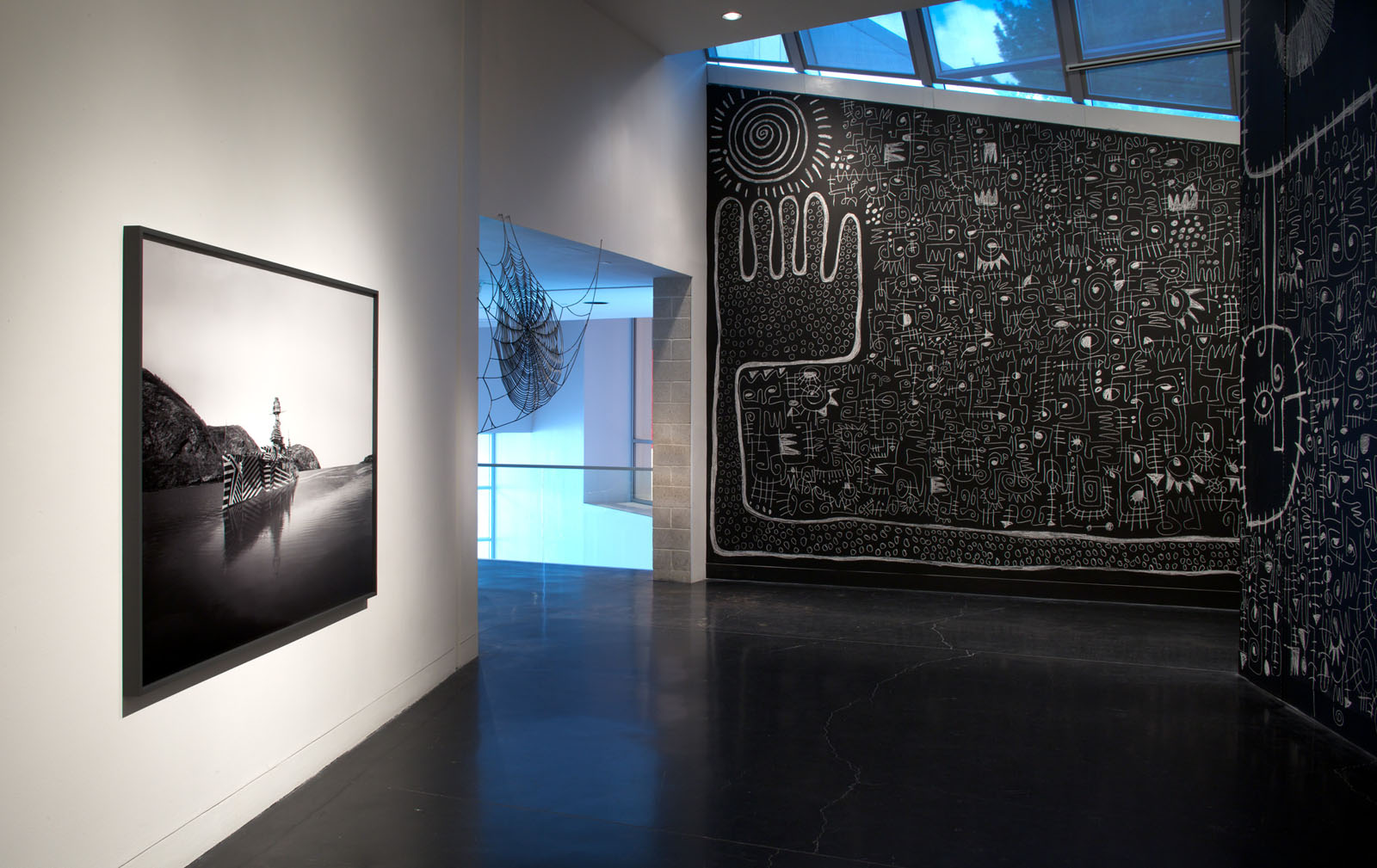 Dazzle, a pattern of disruption, was conceived by British artist Norman Wilkinson in 1917, during World War I. Wilkinson commanded a unit in the Royal Academy staffed by artists and art students, called the CGMS Dazzle Section. The bold patterns of black and white stripes he created with his team disrupted the eye’s recognition of a ship’s outline and orientation, making it difficult for submarines to predict its path and aim weapons at it. Dazzle flattened and subverted the ship's form while paradoxically making it more visible. Almost one hundred years later, Thomas Bangsted, a Danish photographer, returns to this subject in a series of large-scale, digitally assembled photographs of World War I ships. Bangsted creates his photographs by capturing multiple images of uncamouflaged ships and then digitally adding Dazzle patterns—constructing a finished photograph that looks like a document but is not. Digital manipulation with, for example, Photoshop’s clone tool or healing brush can be used to camouflage or conceal objects, rendering them invisible. However, in his manipulations Bangsted rejects invisibility by applying a Dazzle pattern that highlights the incongruity of the ship with its background. In this photograph Bangsted’s Dazzle pattern performs the same way it did on the ships painted by Wilkinson’s team — it breaks up the form of the ship and conceals its identity.

Thomas Bangsted (b. 1976) was born in Denmark and currently lives and works in Brooklyn. Bangsted received his MFA in Photography from Yale University, in 2007. He has had multiple solo shows in Denmark, including exhibitions at Galleri Tom Christoffersen, Galleri Hornbaek, and SPARK, as well as group exhibitions at the Louisiana Museum of Modern Art and the Brandts Museum. In the United States, his work has been widely exhibited in New York City, including The Metropolitan Museum of Art; The Bronx Museum of the Arts, Danziger Projects in Brooklyn, and the New York Photo Festival. Bangsted is the recipient of the Jerome Foundation, Travel and Study Grant, The Marie Walsh Sharpe Art Foundation Award, The Tierney Family Foundation Fellowship, and a New York Foundation for the Arts Fellowship.
View Website