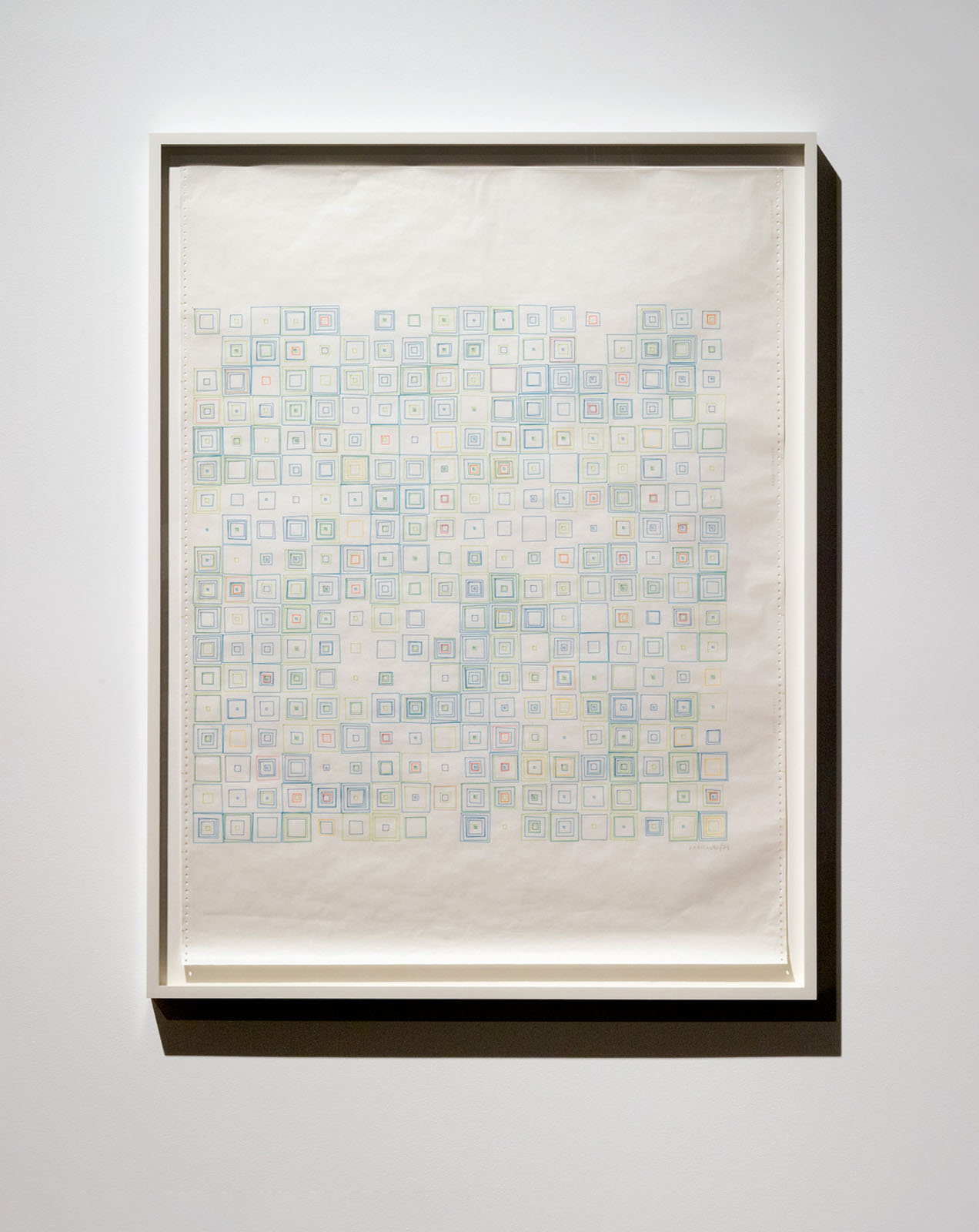 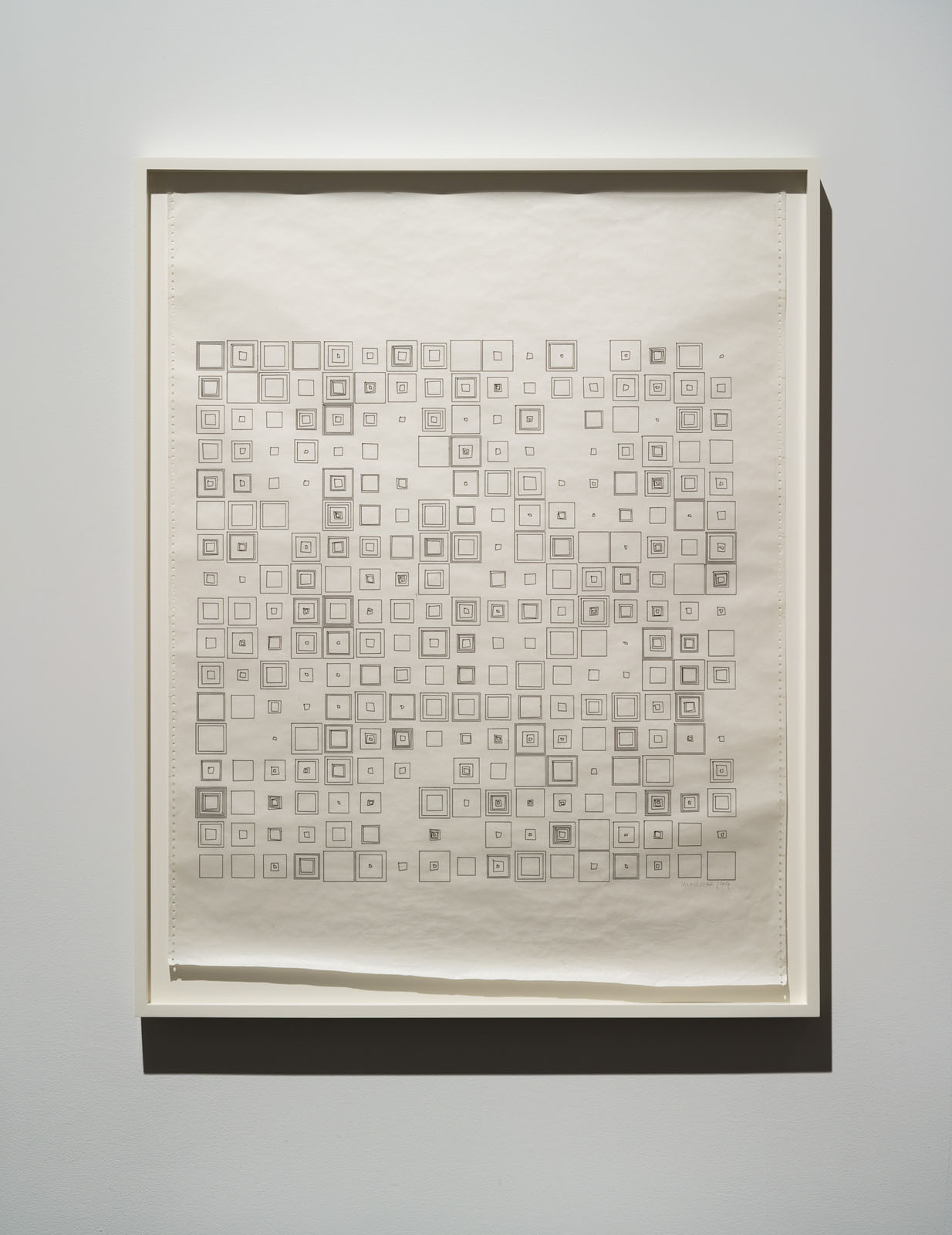 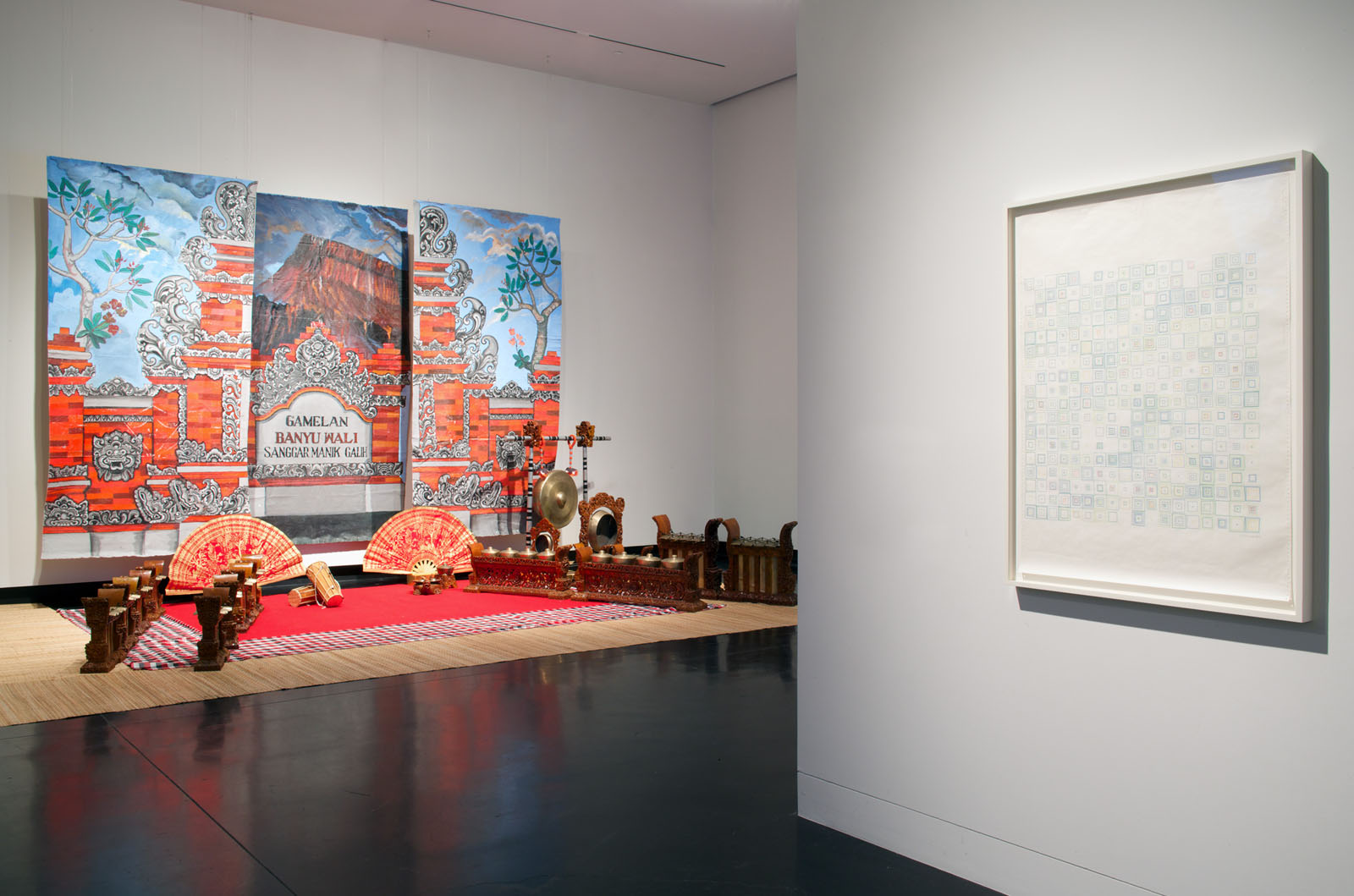 Vera Molnar, a pioneer in computer-based art, was a founding member of several important experimental artists’ groups in Paris in the 1960s, including the Groupe de Recherche d’Art Visuel, a collaborative group dedicated to mechanical and kinetic art, and Groupe Art et Informatique de Vincennes, a collective that explored computationally generated art. Beginning early in her career, Molnar experimented with systematizing her methods of production, and in the 1960s she developed a system she called the “Machine Imaginaire.” By following the guidelines she set forth for herself via her imaginary computer, she created a set of compositional rules for her freehand drawings.

The set of rules Molnar used is an algorithm, an ordered sequence of well-defined steps. While the study of algorithms is a major part of the field of computer science, the concept of an algorithm is independent of computers. Artists, intentionally or not, regularly use algorithms to construct their works – in some ways, what we see as an artist’s style, is simply the system of “rules” he or she follows in the creation of his or her oeuvre. Beginning in 1968, after learning the early programming languages Basic and Fortran, Molnar used computers to generate drawings from her algorithms. This production technique greatly increased the number of possible variations of line and geometric shape within her drawings. Her works on display here have fractal-like compositions where the pieces of the whole exhibit similarities in pattern and composition to the parts that compose them. Within these parts, Molnar plays with the tension between regularity and chaos, the machine and the artist, and the hand versus the print, subtlety subverting predictability by programming stochastic (or randomized) moments into her work. The work here features such spaces of destabilization, where the regularity of the foundational square is offset by a subtle perturbation that creates irregular four-sided figures.

Vera Molnar (b. 1924) was born in Budapest but has spent most of her career in Paris. Molnar studied painting and art history at the Budapest College of Fine Arts in the late 1940s. She had major solo exhibitions at institutions such as Galerie Kandler in Toulouse, France, Senior & Shopmaker Gallery in New York City, and at the Galerie Charpa in Valencia, Spain. In 1960, Molnar was a founding member of the Research Group for Visual Art (“Groupe de Recherche d’art Visuel” or GRAV), which espoused minimal, non-objective image making, and was one of the primogenitors of the Op Art and Kinetic Art movements of the following decade. In 2005 Molnar received the DAM Digital Arts Award for her life’s work.
View Website