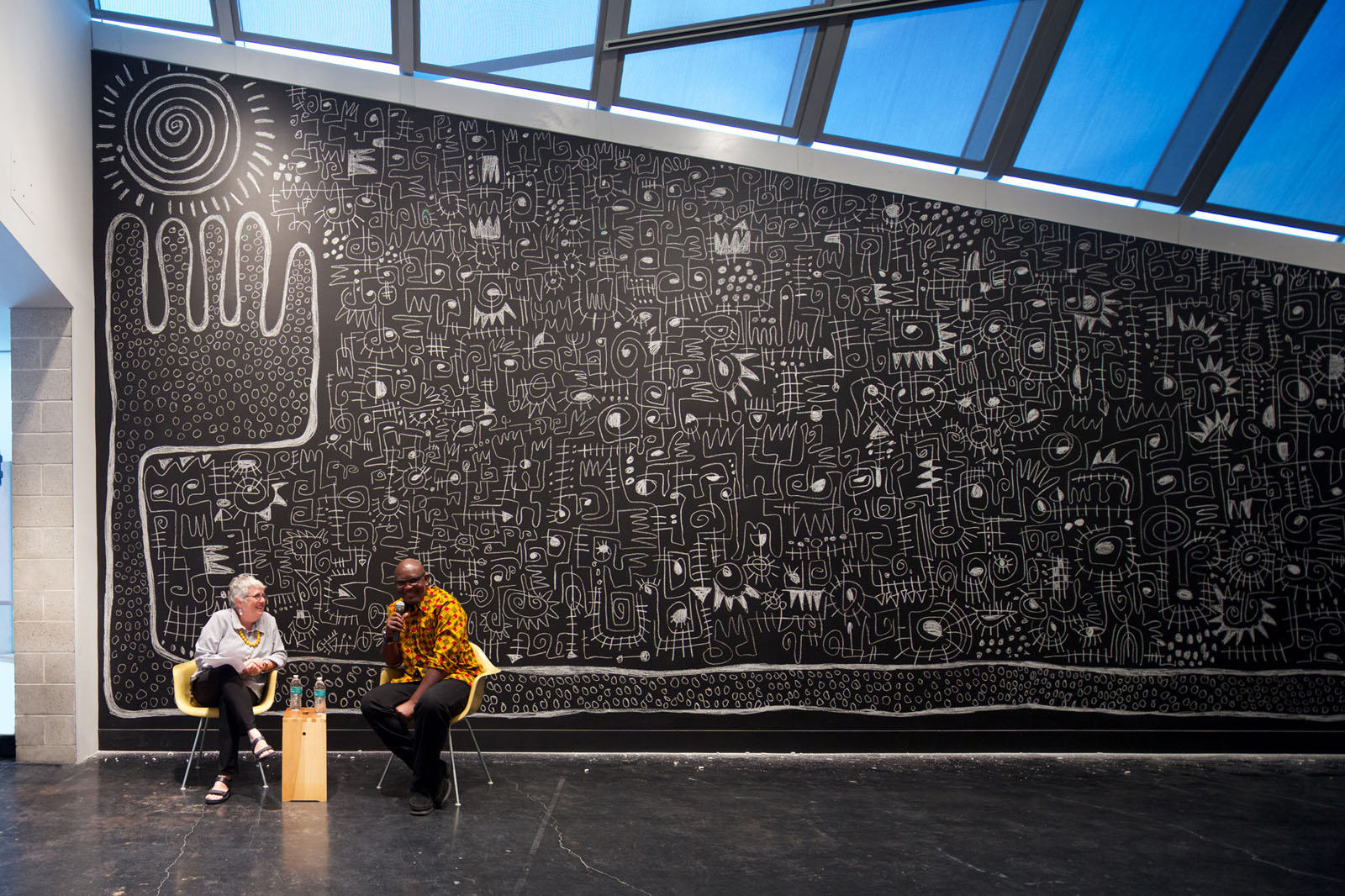 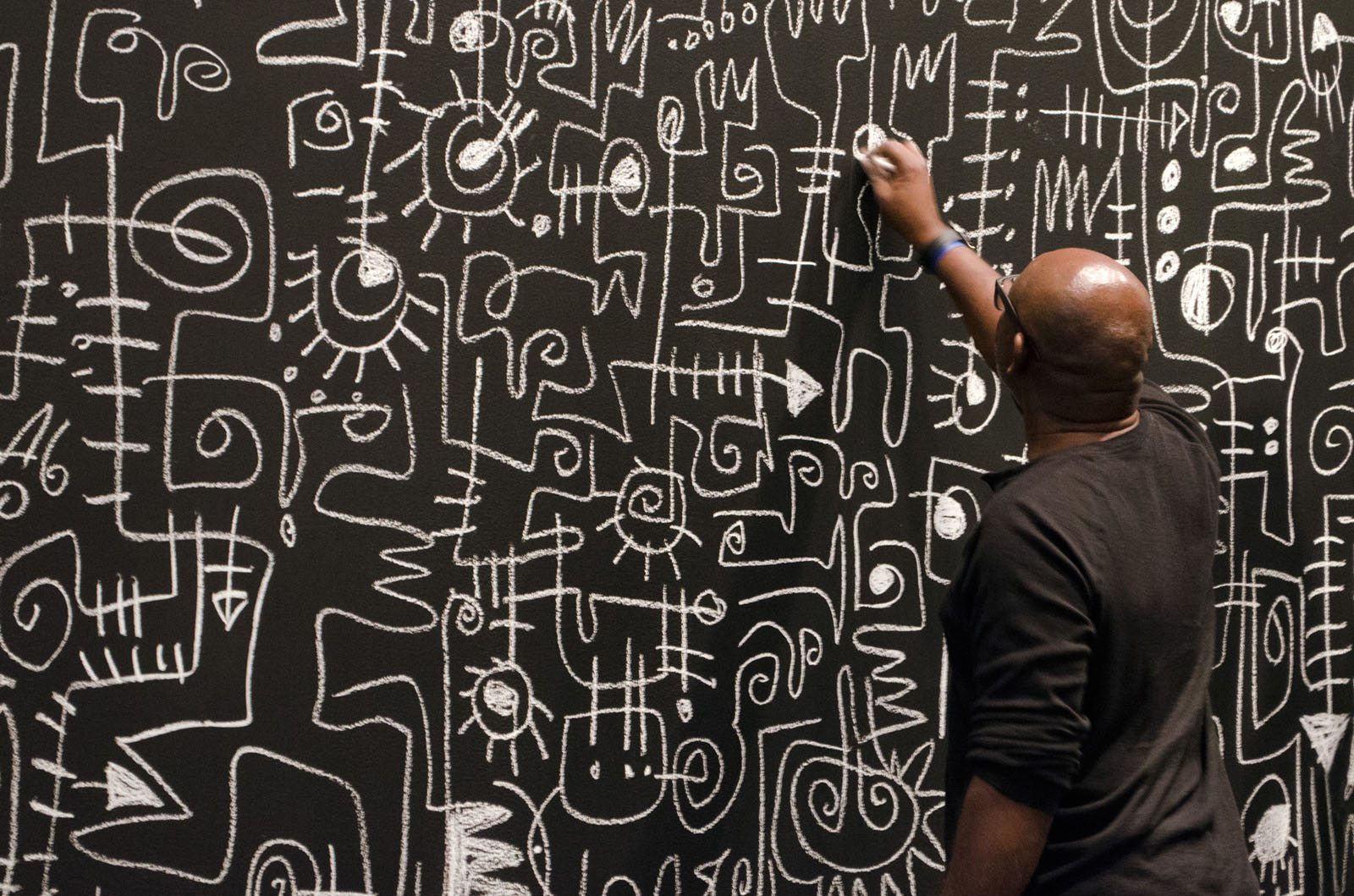 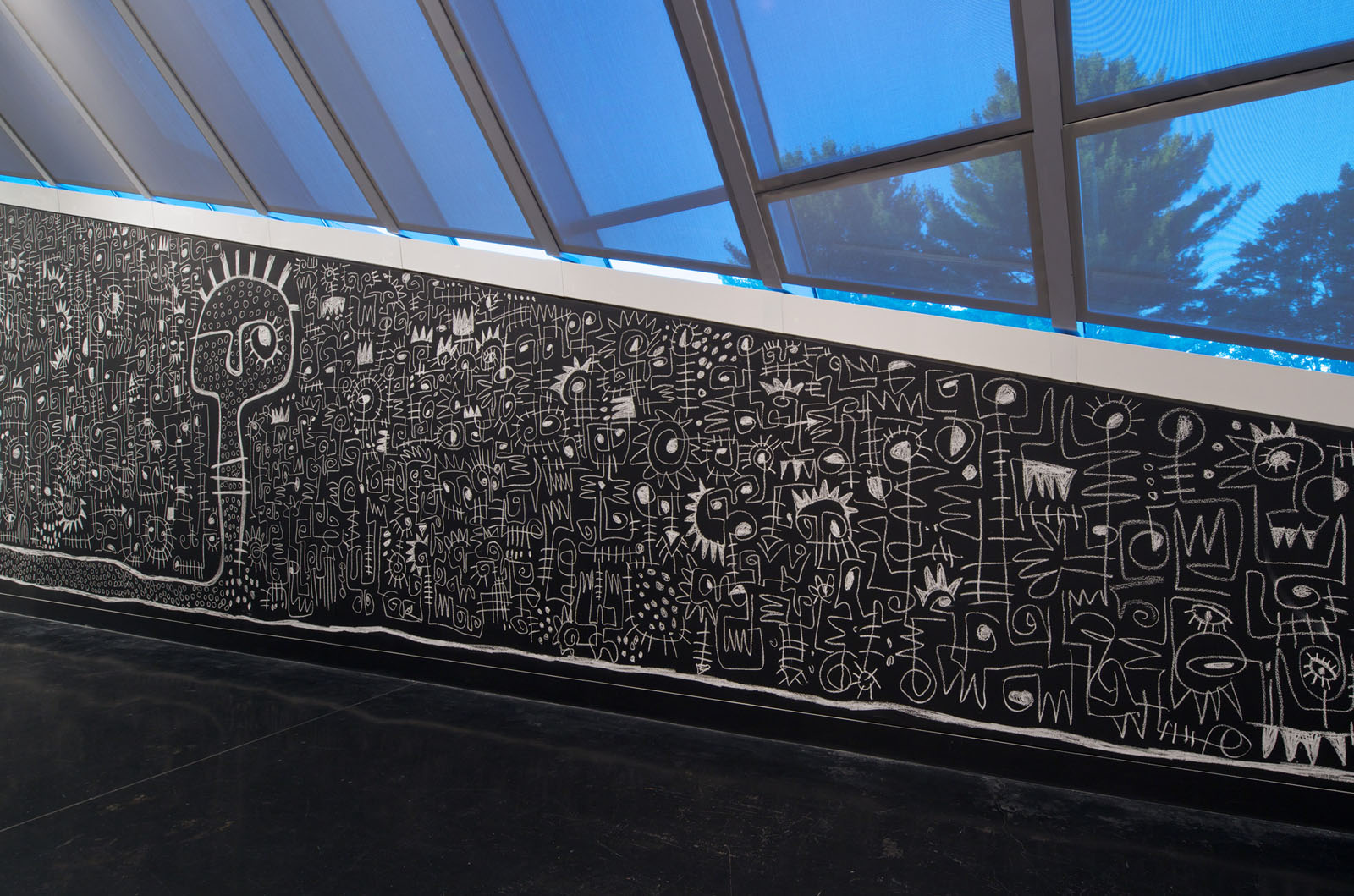 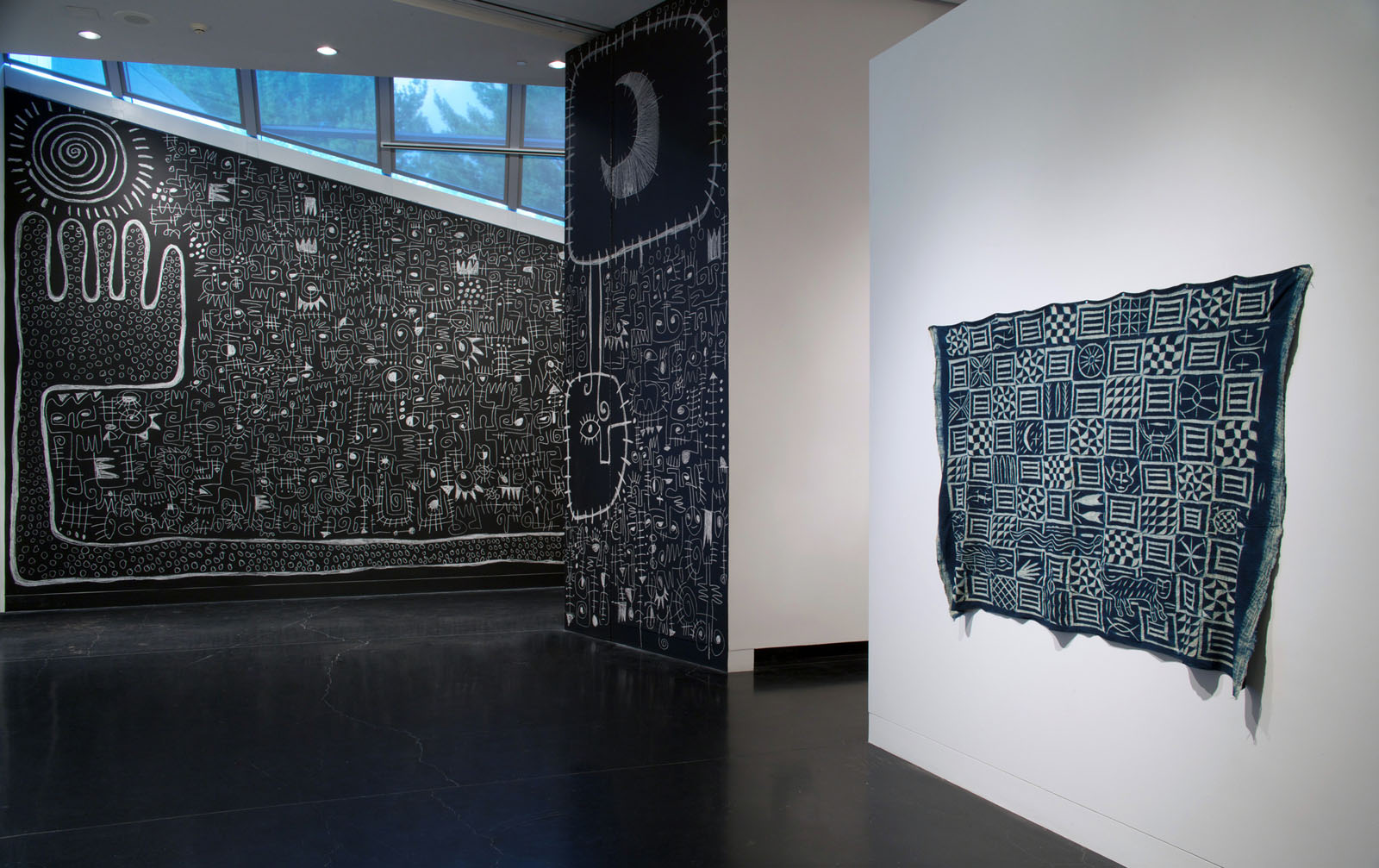 Victor Ekpuk began investigating nsibidi, a secret written script of pictorial and abstract linear images, during his years of graduate study in studio art at the Obafemi Awolowo University, Ile-Ife, Nigeria. Nsibidi gave him license to reject western-introduced artistic idioms in favor of African ones, and it disproved the largely Western belief, taught to him from childhood, that African cultures had no existing form of writing prior to the introduction of western script. Ekpuk sought to build on his familiarity with nsibidi by asking questions of the elders from his native Ibibio village and reading anthropological literature on the subject. However, he consciously chose not to be initiated into the secret Ekpe, or (Leopard Society), because such membership would prevent him from revealing its secrets. He prefers, instead, the role of outsider. His work evokes the dense and crowded aesthetic of nsibidi as often played out on ukara cloth, giving his viewers a complex display of imagery to decode. While his visual vocabulary has evolved into a very personal one — quite distinct from nsibidi — Ekpuk’s wall drawings mirror nsibidi’s impermanent and performative nature, both in his preferred use of an erasable chalk medium (a popular material for drawing nsibidi within Ekpe ritual circles) and in his practice of removing the murals from the wall at the end of exhibitions.

Currently based in Washington, DC, Victor Ekpuk (b. 1964) is originally from Uyo, Nigeria and received his BFA from Obafemi Awolowo University in Ile-Ife, Nigeria. Ekpuk has had solo exhibitions at the Hood Museum at Dartmouth College, New Hampshire and Mortons Fine Art in Washington DC, USA. He has also exhibited internationally at the Havana Biennial in Cuba, Thami Mnyele Foundation in Amsterdam, and the French Cultural Center in Lagos, Nigeria. His group exhibitions span the United States, Europe, and Africa. His residences include the Santa Fe Art Institute in New Mexico, Foundation JP Blachere in Apt, France, and at Brandies University in Waltham, Massachusetts. He was recently commissioned by the Smithsonian National Museum of African Art in Washington, DC to design the first annual African Art Awards trophy.
View Website